While we are trapped inside, with many of our favorite places closed, it leaves us with some free time to explore the depths of YouTube. With so many creators though, it can be hard to find a channel that keeps your interest and talks about some of our favorite things. Many channels or videos devoted to firearms don’t stay on the platform due to strict “community guidelines”, however, some have managed to remain and thrive on the site. This list will include some of the best gun channels on YouTube to fill your time and satisfy your curiosity.

Hickok is a classic gun channel on the platform. He showcases his impressive skills, educates on the various weapons he owns, and has a range that would make any firearms owner jealous. He covers a wide range of topics including the best types of targets, gun safety videos, and a FAQ playlist from his fans. He shoots everything from classic revolvers, bolt actions, sub machine guns, and everything in between. Most of his viedoes showcase his range, some get a little creative with destroying some watermelons and pumpkins. If you are looking for a channel with all the best that firearms have to offer, plain and simple, Hickok is the way to go.

Demo Ranch is a great channel run by a veterinarian in Texas where he experiments with his arsenal. He’ll tell you how bullet proof a blanket, play dough, gas pump and cars are, shoot a a series of guns with a single shot in a Rube Goldberg style contraption, and includes many well known faces as guests on his channel such as Nick Irving and others from this list like Hickok, Brandon Herrera, and Kentucky Ballistics to join him on the range in his antics. His channel is great if you want to build an indoor range without getting caught by your wife or seeing the wide variety from pistols, ARs, AKs, gold revolvers, and shotguns that frequent his range. He opens every video with a skit to make you laugh and include some inside jokes, then begins to satisfy his curiosity.

3. Brandon Herrera (aka The AK Guy)

I will warn you know, his channel is not for the easily offended. He features a host of shooting, commentary, gun meme review, and discussions of current events. All of his jokes and inappropriate comments aside, this channel is a great way to spend the afternoon laughing at the memes from fans and seeing him train and explain firearms to viewers. While he is far from “PC”, his videos are great for a laugh, learning and to see what antics his crew can get into. He has playlist for his AR vs AK guys, his reaction to gun builders, and gun meme reviews to help direct your tastes. His channel is perfect for someone that wants a honest answer to gun questions, how they work, and seeing some of the firearms he prefers. 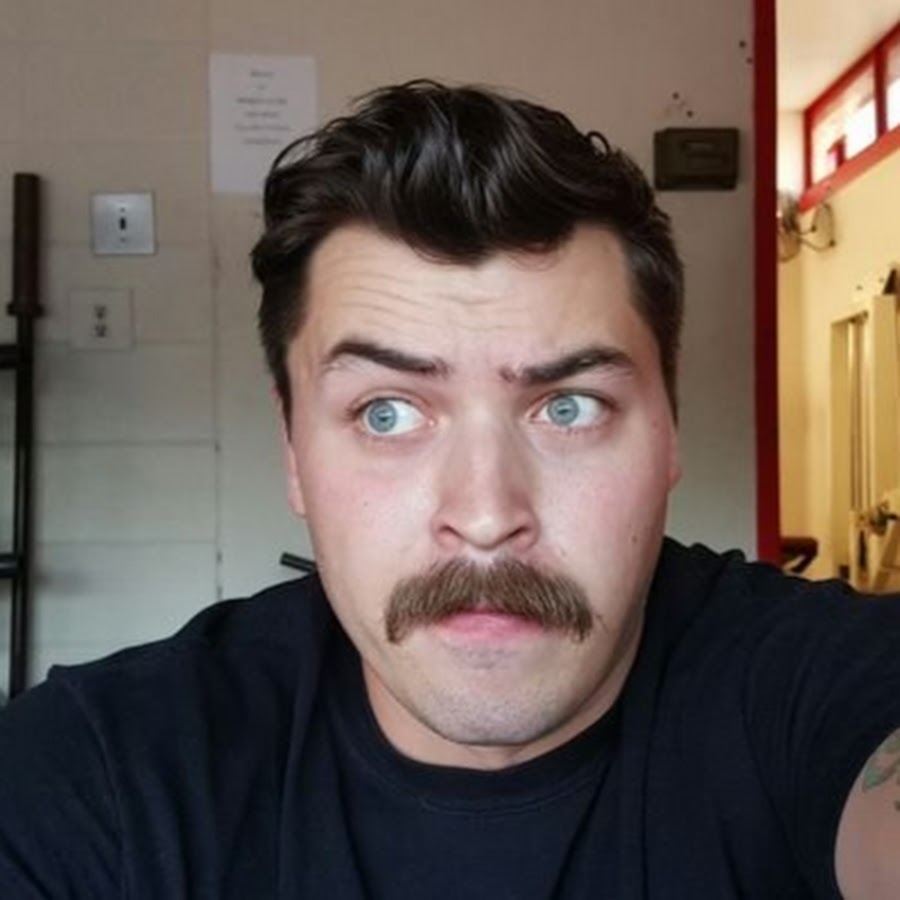 Former police, SWAT and gamer, he uploads videos showing his gear reviews, police video breakdowns, gaming, rioting, and his own product testing videos. His channel host a lot of opinions, law enforcement content, and experiments of a “interesting” variety- he literally filled a Cannae bag with ravioli… However, his content is perfect to make you laugh, show you his real life experience and reaction to body cams while also testing out some of the equipment that you can buy for effectiveness.

Kentucky Ballistics is a great all around channel. It has a little bit of experimenting with what is bullet proof, a lot of shooting different fire arms, some ballistic gel testing, and some of his reviews of different calibers and weapons. He is able to entertain while also show casing the different array of firearms that he sports on his own range. His testing includes the effectiveness of body arms, gun safes, and how his 50 BMG will destroy just about anything. His channel features other prominent YouTube creators like the AK Guy and Matt from Demo Ranch to show their support and pitch in. Whether you lean towards his Full Auto Friday videos or bullet proof clothing, his content will keep you busy and entertained.

Who said all the best channels were men? Kristen Joy Weiss is known for her champion level shooting, trick shots and is a great channel to watch. Whether she is bowling with bullets, showing you a trick shot, doing a gun review, or even trying out a slingshot, her channel is amazing for the variety of content, the diversity of weapons, and the skill level that she showcases. Whether it’s a handgun, the slingshot, lever action, or 50 cal sniper rifle, she can give some great advice on self defense and shooting.

While he’s not a pro, his trick shots will make you think otherwise. Between seeing what shots he can make, testing how far and what a bullet will go through, and comparing weapons, his channel hosts not only the shooting but also fishing, hunting, and outdoors content for you to enjoy. He reviews his favorite guns, pulls off some amazing shots, then throws in some some experimentation for kicks. While his channel is newer and still growing, it will make you wonder why he’s not considered a pro yet.

Showing off the best of military small arms, this channel is all about teaching you the firearms that the military used and explaining the history there. His videos will compare the weapons, the ammunition, and the strength of some of these weapons that our armed forces are using (or have used) to help educate and reinforce the importance of the 2nd Amendment. These videos host non of the skits, experiments, or trick shots, but it doesn’t make them any less entertaining or impressive to watch. For those wanting to learn a little more about these weapons or history, their channel is a must watch.

This channel is the only one on the list that doesn’t have actual shooting or range time. Then why is it a gun channel? The answer- it’s not technically a gun channel. What makes this channel great and why I felt it is critical, is it is a how stuff works channel. Using animations, showing the moving parts, and breaking it down into simple terms, he manages to explain how a host of firearms work, function, and the discusses the inner workings that you don’t see in real life. His channel has content that shows you how a Colt M1911  fires, the inner workings of an AK-47, and many more that you just can’t see when you are out on the range. If you want to know the how and why of firearms, his is a great channel to check out.

Finally, Iraqveteran8888 has a channel that covers a wide variety of different types of firearms, reviews, some politics, and his “gun gripes” videos. He features content that will test adn talk about a host of weapons, firing them, and giving his honest feedback and review of each. With his experience, he offers insight into what he looks for in a firearm, the top esstential guns to have in a colelction and the best of the types (like auto shotguns) that you should look into.

The following channels are also GREAT watches and provide some interesting insight into guns, hunting, fishing, life, and politics.

But this list isn’t all inclusive! Feel free to comment down below who some of your favorite creators are. Who do you watch religiously? Whose opinion do you turn to when you want a gun review? Comment down below.