We all have our preferences of “the movie was better” or “the book is the best” when it comes to the debate. Some of our recent favorites from TV are returning later this year, meaning you still have time to read the books before they return!

The Witcher series is one of those that you will dive into the immersive world and return a different person. The Witcher books were written by Andrzej Sapkowski and have stretched out into a series with prequels, twists, and turns. Overall, there are 2 paths to starting out here.

For those new to the universe or those who were introduced from the Netflix hit, this is a great starting point for you. The Last Wish is a series of short stories that teach you about the world of Geralt the Witcher. They’re broken up into tales that you may recognize from the show, with memorable characters, and set up the interesting world around you.

Here, you’ll follow Geralt and his “friend” Dandelion the bard, as they adventure across the country. Their tales lead them through the darkest part of the world where monsters aren’t just a subject of nightmares. As Geralt struggles to make his living, this novel will teach you about him as a Witcher.

You’ll see him battle the Striga, weigh in on the lesser evil- a cursed princess or a murderous warlock, guard Queen Calanthe, take on a din with Yennefer and understand his time at the temple with Nenneke as he heals from a battle and tries to escape a dim future.

This book was the first published and features the great Geralt as he battles through in these short adventures. It also offers more details that were left out of the show and can make you sit on the edge of your seat as you watch Geralt battle his way through. This a perfect read as it is broken up for busy adults, has a little action, adventure, fantasy, romance, magic, political feuds, and historical drama aspects. There is something here for anyone to enjoy. 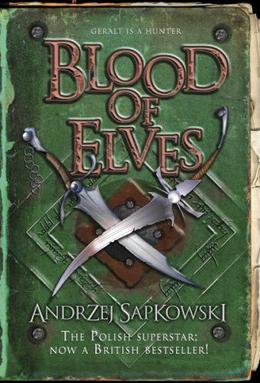 If you are more of a start to finish person, Blood of Elves is the other way to start the series. This was the first published in the Witcher Saga, meaning this is the start of his adventures and not a collection of shorts. Here, you’ll see where the Witcher series on Netflix left off. Geralt takes Ciri from a war-torn home and returns to his own, Kaer Morhen, to be trained as a witcher. Under his protection, you’ll see the story begin to unfold. You’ll see Ciri trained in the way of the Witcher, no only the first in many years, but the only woman. She then moves to train in magic and hints of her descent are revelated throughout the plot.

Blood of Elves begins the saga, set after the events in The Last Wish, and Sword of Destiny (the second collection of short stories) leaves off. At this point, Geralt struggles to raise the child of destiny that he was given, teaching her, keeping her safe from not only the war but also a new enemy who wants the princess of elder blood for his master.

This novel features a lot of action, some fatherly love, magic elements, humor in the best ways, and an adventure that has left us reeling for over 30 years. With this novel, you’ll be sure to hook yourself onto a new series and a deep dive into his immersive and complex world.

Words from the Witcher

The Witcher Saga is a great read for older teens to adults. It has something for nearly all types of readers and is sure to keep you on the edge of your seat. Following Geralt, as he battles the monsters that still give us nightmares, walks a fine political line, avoids the armies that are tearing through the country, hiding from his ex, and also trying to raise a girl that he didn’t ask for but destiny knew he needed.

Word of advice: be prepared to be involved with these books. While they are a great read for fun, they will take you deep into the world that Sapkowski built. You’ll be hooked and enjoying them until season 2 comes out on Netflix.